Disney Performing Arts OnStage at the Walt Disney World® Resort offers youth groups unique opportunities both in performance and learning. Bands, Choruses and Orchestras will have an opportunity to perform in one of Disney’s theme parks in front of thousands of spectators as well as participate in workshops hosted by Disney professionals. Imagine your group taking center stage for approximately 20 minutes at select locations in the Walt Disney World® Resort. You can also make your tour the ultimate educational experience by scheduling workshops taught by Disney professionals. These workshops have been recognized by the National Association for Music Education. Participants will gain exposure to different teaching styles, interpretations and musical techniques. 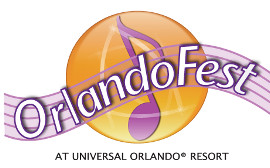 OrlandoFest at Universal Orlando® Resort is Orlando’s newest and most exciting festival and is open to middle, junior high and high school concert bands, jazz ensembles, marching (parade) bands, orchestras, choirs and auxiliary units. Held at Universal Orlando® Resort in the spring, the festival includes a workshop with a nationally known panel of judges who provide you with positive feedback and an evaluation of each group. After each concert performance, a judging panel member will conduct a clinic with the intent of instructing each ensemble to produce more effective results. After the workshop and performance, your group will have an option to go to Universal Studios Orlando® or Universal’s Islands of Adventure®. An awards ceremony will follow. This festival provides your students with great memories that are sure to be cherished for many years to come.

Bring your group to Universal Studios® and celebrate the spirit of the season in the colorful Macy’s Holiday Parade™. This is a unique opportunity for your group to perform alongside incredible balloons and floats brought in from the annual Macy’s Thanksgiving Day Parade® in New York City. Your group will entertain park guests alongside Universal theme park characters, stilt walkers, jugglers, a host of other performers, and Santa Claus himself. 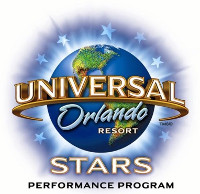 Take the stage at Universal Orlando® Resort! Universal STARS Performance Program puts your group in the heart of non-stop excitement and unparalleled entertainment. We offer your group a once-in-a-lifetime experience and one-of-a-kind thrills…before, during and after your performance. Combine a day of thrilling rides with the excitement of performing in a unique setting. Open to concert bands, marching bands, jazz bands, orchestra and choirs. You bring the performers and we’ll bring the crowd! It’s a unique opportunity for your students to become Universal Studios performers for a day!

Do you already have a quote from another travel company, that’s okay.
Let us give you something to compare it to. Contact Lori for a quote!!! 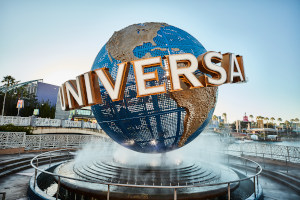 Now is the time to starting planning your next Senior Class Trip 2023!!!

What could be more exciting than a class trip to Orlando, Florida!!!

Orlando is the perfect location for your upcoming trip, because it has it all!!!
Orlando offers travelers sunny skies, warm weather, thrill rides and beaches just 45 minutes away.
What more could you want in one location???

Whether you choose Universal Orlando’s Grad Bash 2023, a Senior Class Cruise, or just a fun trip, give Simplicity Student Travel a CALL and starting planning your trip TODAY!!! 1-888-572-6267